We Built A Farm!

Hey y’all, I’m Maddy Kostur, and I’m part of the Sweetwater Team. My aunt, Susan Lurz, is the creator of Sweetwater Farms and co-founder of Proudtree Empowered Learning, a company that develops materials to help empower children. Sweetwater Farms has been a huge part of my life for the past few months, and a place of retreat for this crazy adventure called life I have been on. My aunt has given me the wonderful privilege of sharing her dream of turning her 13-acre horse farm into a teaching farm for healthy social and emotional development. In the span of these past six years, I have watched this dream and passion of hers turn from a mere thought, to a book, to a social and emotional learning program, and now to a farm—a place of educating, of nurturing, and of belonging for the community. I always have admired her passion for educating people, especially children, on the importance of taking care of their social and emotional health. Never in a million years did I imagine that this would one day become a passion of mine as well, and that I would get to live out this dream right along side her.

Three months ago I moved to North Carolina with no plan. I had decided to take a gap year between high school and college and had absolutely no clue what I was doing with my life, but I just knew I needed time to find and work on myself. My aunt offered me a job working on the farm. I was given the opportunity to create and design art for the farm—a hobby of mine since I was a little girl, and just do basic farm chores. Something that was at first seen as an opportunity to “keep busy” soon became something so much more important to me and who I am, not only as a human being, but as a member of a community. In the beginning I was so excited to be a part of something that was obviously so important to someone that I love, and I was so grateful that I would get to be a part of making this dream come true for her. But I never realized that I would become so invested in it myself. As I started helping with the creative aspect and the upkeep of the farm, I was happy. Creativity is a major part of who I am, and working on a farm has been something special to me since I was a little girl. My brother and I spent our summers at Aunt Susie’s mountain house, and it was always the best part of the year. So while I have lived in the city all my life, I like to believe that at heart I am a farm girl. So this opportunity for me was so exciting. I was putting two things that I love together!

But through this process I have learned much more than how to paint a sign and how to take care of pigs and goats. I have felt a sense of community and belonging and self-confidence like I have never felt before. I have learned the importance of the choices I make, and the impact of them on my personal life as well as the lives of others. I have seen what it truly means to believe in something so strongly and not let anyone or anything come in the way of my dreams. The farm has taught me how to be my own person and that it is okay to rest, and that peace can come from the simplest things in life. It has taught me how to appreciate the world and the people around me.

Long before my aunt bought this land, it had been a farm that was built upon hope and empowerment. Back in 1947, when two World War II veterans, the Kelly brothers, originally purchased the land the soil was lacking in the nutrients to grow crops and was basically useless. But who would have thought that a miracle would happen? Mecklenburg County went out to search for the most destitute farm in the county to give it a one-day “Miracle Makeover” and the Kelly farm was chosen. Roughly 300 men and more than a half-million dollars worth of equipment transformed their farm in one day! So the Kelly Brother’s misfortune turned out to be a blessing in disguise and the farm was soon producing an abundance of crop. And now history is repeating itself—my aunt has turned her quaint little farm into a resource of hope and love for all people, a place of education for social and emotional learning, and a place of respect for animals, nature, and one another. But this was not an easy process. It has involved many town meetings, and even a change in a town ordinance. It has involved friends and family and members of the town all coming together for a common good. We have grown into a Sweetwater family brought together not by blood but by hope.

The creation of Sweetwater Farms has been long underway, and I have been so privileged to be a part of it. We’ve spent months and months putting in hard work. We have been tearing down fences and building new ones. We have been creating and pouring our hearts into a place that is so incredibly important to us. We have rescued and added new animals to the family. We have had crazy days and busy days. We have had days that are active and full of getting lots done, and days that are quiet and just spent in resting and taking in the peace and stillness of the farm. But in the end, no matter what the day brings, we can all sleep well knowing that it is one more day towards the opening of the farm.

In the beginning days of this process, I can remember walking along the imaginary path that would be built at some point leading to all the different stations of learning and the animals on the farm. I can remember sitting on the brand new benches with my aunt and imagining all the children, school groups, and families running around and enjoying the sense of peace brought by the farm. Now we’re seeing the paths being built, animals enjoying their new home, and buildings popping up out of our imaginations. Creating the farm to be a place of retreat for the community has been quite the experience. I have constantly told my aunt that I feel like I am living in the movie, “We Bought a Zoo.” It’s been so magical!

When I arrive at the farm in the stillness of the morning, I love getting out of my car and hearing the choir of pigs, goats, chickens, and horses (and one donkey!). I love the life the farm brings. We have long been dreaming of the day that the farm opens and now it’s almost here and the Sweetwater team is beyond excited to share it with you! 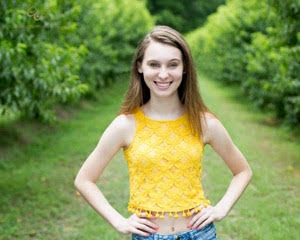 Hey y’all! I’m Madalyn Kostur. I love to spend my time on the farm – usually crafting or hanging out with the animals. I love words and sharing my stories with people, so blogging for Sweetwater Farms is a dream come true. If I’m not working on the farm, you can probably catch me on an adventure, rock climbing, or working on  any sort of DIY project.